The hill town of Shillong has many architectural buildings and monuments which are located across the town. These buildings bear the architectural structure and significance of the beautiful Shillong town and some of them reflect Jaintia design.

The hill town of Shillong is influenced by several prominent localities which differ from their size. These localities have their own uniqueness. Some for their eminent educational institution, while some others for a local body or a market place.  Laitmukhrah is one locality that is popular. It is one of the largest locality in Shillong. 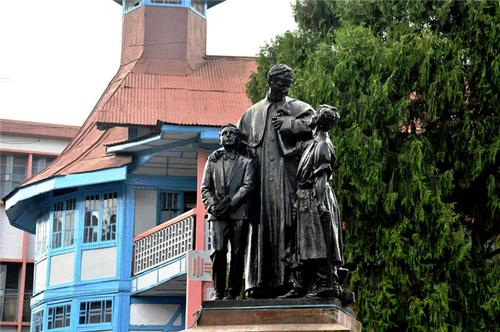 There are many educational centres around this locality: St. Edmund’s school and college, St. Anthony’s school and College, St. Mary’s College school, Loreto Convent school and Don Bosco Institute. Don Bosco Square is a piece that stands out right in the centre of this locality. There is an elegant statue of Don Bosco aloft a podium situated at the center of the square. This square sways Don Bosco Centre for Ingenious Culture .This center focuses on study, development and promotion of the indigenous cultures of the state and the Northeast. The center contains 17 galleries with cultural artifacts and conducts research on these cultures throughout its specialized library of 10,000 volumes which is also a study centre for many courses.

"The “Stone of France” which is locally known as "Motphran" was built in memory of the 26th Khasi Labour Corps who served in France under the British during World War 1. This place is also a hub for the market. Carved on the memorial is this quotation from Horace: Dulce et   decorum est pro patria mori. Wilfred Owen scornfully, called this line which means “it is sweet and dignified to die for our homeland” . 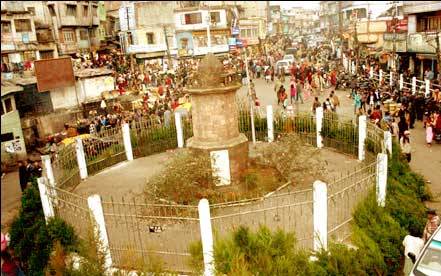 U Kiang Nangbah was born to at  Tpeppale in Jowai. He was a child when the british annexed Jaintia distrct in 1835. U Kiang Nangbah had no royal background. He was a common farmer and rural folk that belonged to the lineage of the Sookpoh clan. Though he was very  young in age at the time of  the annexation, he was greatly upset  by the  policies of the Britishers. 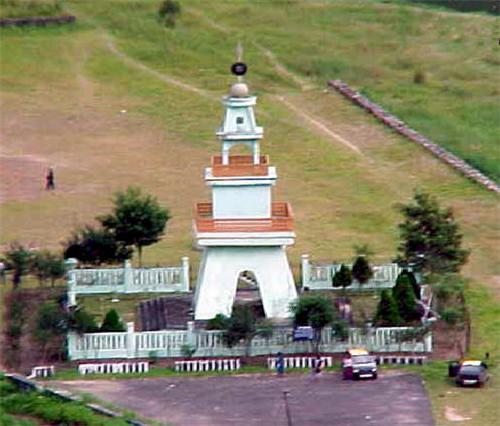 The spirit of patriotism was influenced in him  by the story of his maternal uncle,U Ksan Sajar Nangbah, who fought in opposition to the British at a place called Chanmyrsiang. The reason for this early opposition  is associated to the construction of road from Jaintiapur to Nowgong. It is located in the bank of Syntu Ksiar in Jaintia Hill District, Meghalaya.  This hollow tower like structure is reflects  Jaintia design which was was built by the Jaintia tribe in honour of Ukiang Nangbah. 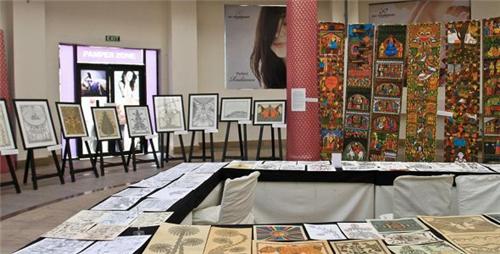 This is an art gallery located on the second floor of Salonsar Mansion in Police bazaar. The gallery has flexible spacing to display paintings (canvases), photography sculpture, and handicrafts. It is run by Jaya Kalra a local artist, the gallery helps for exhibitions of artists and artisans especially from the north east and the whole of India.

This hall is located in Mawkhar, Shillong. The hall was formed by Seng Khasi, which is an assembly of the Khasi community. It was founded in 1899 by a committee of sixteen members in 899. The Khasis’ celebrate the Annual thanksgiving of this festival in this hall with certain customs and rituals, Shad Suk Mynsiem, is celebrated here during spring time with much festivity. 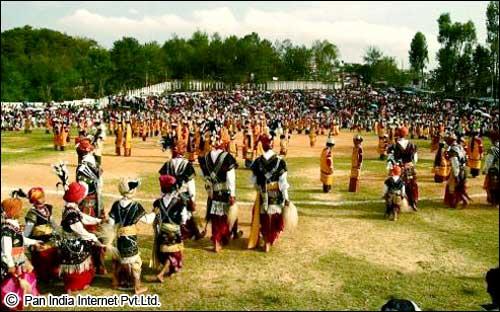 The picture of a cock, has naturally been characterized as Spiritual Symbol of the Khasi Race, the Seng Khasi flag is constructed and adopted, with the picture of the cock as a symbol in the centre of white circle (World) to remind, lead, acquaint and inspire us, as a race to come forth in the path of honour, truth, and dignity and to earn respect in each and every word, thought and deed, as destined by the divine spark since the golden Era.. 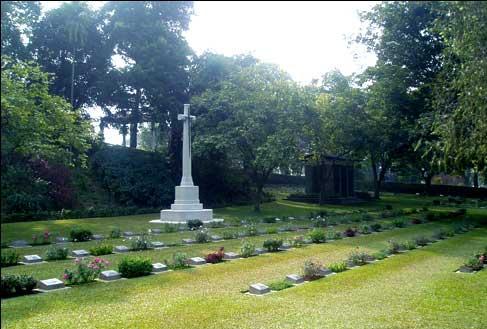 Explore more about Tourism in Shillong